The Launch of the MCC Masi 750 Sports Club

It was quite a day on Tuesday as Ukhanyo Primary school opened its doors to its neighbours, local NGOs and international guests as the MCC Masi 750 Sports Club was formally launched. The launch event saw the official opening of three state of the art astro-turf cricket nets, funded by a generous donation of 50,000 pounds from the Marylebone Cricket Club (MCC) in London. The facility forms part of Masicorp’s ongoing commitment to improve the sports facilities at the school, following the installation of the all-weather sprint track at the school last year. 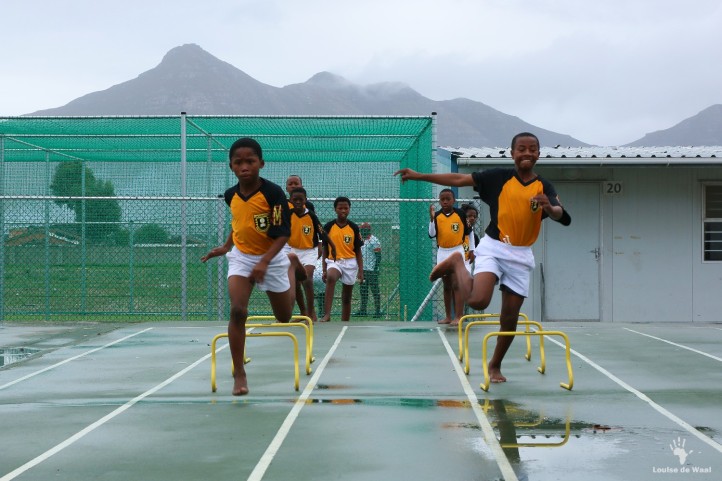 Masicorp is lucky to have Cape Town born, former Natal and Middlesex bowler Vince van der Bijl to lead the project. The project has received international attention thanks to Vince’s tireless efforts in recent months. Speaking on the day on behalf of the MCC, CEO Derek Brewer mentioned that at a committee meeting in Mumbai last year Vince managed to bring cricket in Masiphumelele onto the agenda of a meeting to discuss the future of test cricket. Derek is seen here accepting a gift on behalf of Ukhanyo School, and we cannot thank him enough for making himself available by flying into Cape Town for just two days to be part of this event. 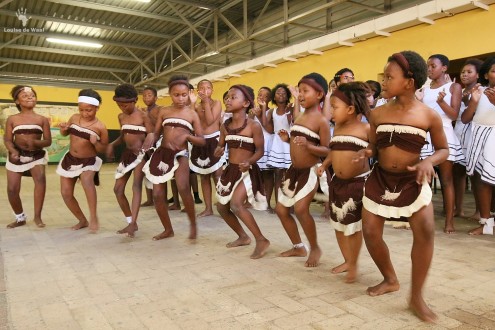 The launch event was extremely well attended and despite the inclement weather there was no danger that rain would stop play for the excited learners. The first place most visitors wanted to see was the nets themselves, which were being used for the first time since their construction. We must also thank our courageous photographers for bringing us these action pictures by bravely positioning their expensive camera lenses directly in the line of fire. Clearly there are already some big-hitting youngsters benefitting from the new facility. 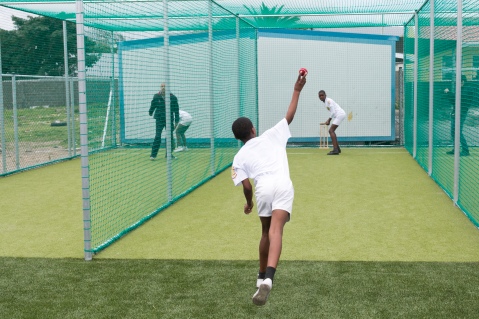 For a full overview of the learners in action you can view the footage shown by SABC news HERE.

The school also opened up its learning labs to the many visitors, with computing, English, science and maths classes all part of the open day. The full range of extramural activities were on display ranging from a game of netball to the school choir that welcomed delegates to their seats. The guests seemed to particularly enjoy the young praise singer who welcomed school principal Michael Thyali as he stood to thank the visitors and the MCC for their kind award. Derek Brewer was impressed enough to note that Michael’s colourful jacket even outshone the traditional MCC Lords jackets. 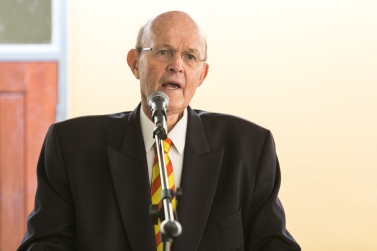 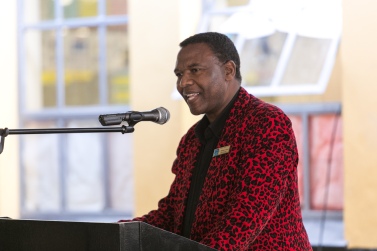 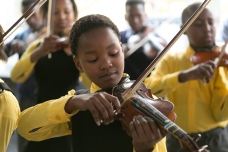 The school’s violinists closed the event, but for the project itself there is still a long way to go. Vince’s aim is to attract 750 members to the club who will donate R100-200 on a monthly basis to ensure the sustainability of the project, and the expansion to provide further equipment and facilities at the school. The long-term plan is to appoint a full-time sports administrator at the school and assistant coaches for the remarkable Nceba Jonas, who is currently the sole PE instructor delivering lessons to over 1,800 learners. With help from Fish Hoek cricket club the coaching of a girl’s team has begun and we hope that the school will soon be able to participate in inter school league competitions.

Please consider helping the project by joining the MCC Masi 750 Sports club. Donations can be made via the secure credit card facility on the Masicorp website.

To work with the people of Masi and key partners, offering opportunities through education to help residents progress out of poverty towards a sustainable livelihood.